Avoiding the Pitfalls of Job Offers 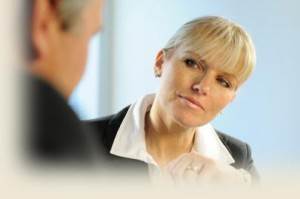 You’ve just interviewed the perfect candidate for your VP of Sales opening. He falls neatly within your salary range, can start right away, and you think you’re in the home stretch.  However, if you thought the tricky part was over…read on. Many companies are finding out the hard way that presenting the right kind of job offer, one that not only tempts the candidate into accepting the job, but also one that covers the company’s liability, can be equally challenging.

Over the past decade, there has been a noticeable increase in the US Court system of cases involving employment contracts.  Some employees claim they were promised compensation that they never received, while others dispute grounds of termination. How can companies in the chemical industry prevent such misunderstandings and the costly lawsuits that can result? First, you have to recognize and avoid major job offer pitfalls. Second, you have to learn to prepare offer letters carefully so they protect rather than harm you.

Careless job offers get companies into trouble in one of three ways:

The offer letter is regarded as a contract.

In one case, an employee’s letter promised that the company would pay one-half of his relocation expenses immediately and the remainder after one year of employment. When he was terminated before his year anniversary, he sued the company, claiming the offer letter implied his employment contract was intended to last at least a year. He won the suit.

The lesson is this: never make implicit or explicit promises that you may not keep. Statements that merely allude to job security or bonus assurances can be interpreted as contractual obligations by the courts.

The offer letter contains information that conflicts with statements made during the interview.

Your words can be interpreted as implied promises, even if you never put them in writing. These seemingly harmless statements have gotten companies into trouble:

The problem can become especially troublesome when more than one of your employees interviews a candidate. While Bob might not have mentioned quarterly bonuses, perhaps Gail did. That’s why it’s critical to make sure anything discussed is fully explained in your offer letter.

The following suggestions can help you prepare a clear offer letter, which may avoid costly problems in the future:

Write exactly what you mean.

Unclear writing is open to interpretation, and that’s when lawsuits arise. For example, if the employee can earn quarterly bonuses, describe all eligibility requirements. Better yet, refer him or her to the official document outlining the bonus process.

Trouble can occur when the offer letter states something different from other company literature, like your employee handbook or your job description.

Indicate the offer is conditional.

Most troublesome is language implying job security—phrases like “stable working environment,” “company family,” or “lack of layoffs within our organization.”

Watch what you call the letter.

A Letter of Employment sounds a lot like a legal contract. Instead, call it a Letter of Understanding.

Most states have employment-at-will laws that allow you wide latitude when you must fire an employee. To protect yourself, include a statement that reaffirms your right and the employee’s right to terminate the employment at will. Further indicate that you or the employee can terminate employment for any reason—just cause should never be a condition.

Ask someone to review the letter.

It helps to have a fresh pair of eyes read the letter and look for potential problems. Preferably, this person should not be directly involved in the hiring process.

Of course, the suggestions above should not be misconstrued as legal advice. It’s always a good idea to allow your attorney to review employment documents.

Don’t let a sloppy job offer cost you time, legal expense, or your good name. With up-front preparation, your offers can clarify conditions of employment, persuade candidates to join your company, and protect you from trouble down the road. Well-designed offers are a prudent—and much less costly—alternative.

Do You Need Workforce Planning?