Will You Be Prepared When Your Top Talent Jumps Ship? 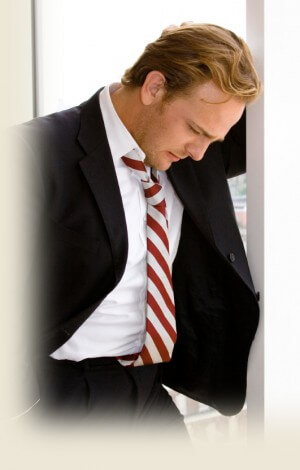 This is a great time to be in the chemical industry. Prices are up, and despite the U.S. credit crunch and volatility in the financial markets, demand remains strong thanks mainly to growth in China, India, and the Middle East.

But when it comes to human capital, success comes at a price. And that price is measured in the form of attrition. Right now, the major job boards are bursting with opportunities for people with chemical industry experience. From plant operations to technical professionals to the executive suite, there are literally thousands of job openings within the industry. Your employees recognize that if they want to make a career move, now is an ideal time to do it.

Are you ready for the unexpected?

The leaders in the chemical industry tend to be fairly proactive in their workforce planning—developing strategies to forecast hiring needs (due to retirement, attrition, and new growth) as well as adopting strategic recruiting plans to proactively source talent. However, these plans focus mainly on expected change. What about the unexpected? For example, what would you do if your Vice President of Operations suddenly passed away? How about if a team of your top scientists quit to join a technology start-up or worse, a major competitor?

Succession management anticipates the skills and competencies you will need in the future, identifies critical people in your organization, lists potential candidates to be developed and nurtured for future roles, and helps determine priorities for training initiatives. In short, it’s about finding and stretching today’s top performers to become tomorrow’s leaders.

In 2006, the Institute for Corporate Productivity (i4cp) conducted a survey on the status of succession management trends in roughly 800 organizations. (Check out their site at www.i4cp.com.) The most noted trends? Well, firstly companies are realizing the need for succession management to become much more integrated and high-tech in the next few years. And according to Mark Vickers, Vice President of Research for i4cp, “Succession management is likely to become as much about developing talent as it is about tracking and selecting it. That is, the “cultivation of talent” could become as important as or more important than the so-called war for talent. “

The survey findings refer to the need for a company’s succession management plan to include documentation of a wide range of data, such as each person’s set of skills, performance review data, experience, training plans, and leadership development information. Also, the integration of this process refers to the formal technology systems needed to keep all the information in one central location such as the organization’s ERP or HRIS systems, yet giving only certain users access to revise it. Which brings us to the next key finding from the survey…updating.

Succession Management is a Process, Not an Event

Developing a succession management strategy is not a simple exercise in planning. Keeping the information up to date may be the most significant challenge. Whether it’s once a month or once a year, someone or some group needs to be responsible for reviewing and updating plans on a regular basis.

Individual department heads may be responsible for succession management within their work groups. At a more strategic level, a succession management team headed by senior level HR and strategic or operations executives will be required to determine capabilities requirements necessary to meet future business objectives and address changing market conditions. This team will also be responsible for identifying the most critical roles and individuals throughout the organization.

At BASF, succession management was a learned skill that evolved over time. According to business division service platform manager David Hawkins, “We only had very traditional methods like appraisals to see how well people met the competencies. There were a number of things that triggered the decision, but in essence we realized that the region in its entirety hadn’t identified high performers particularly well. We realized we needed to get a bit more sophisticated.” And so, in the last two years, BASF has been aggressively taking apart all business management processes and talent information and getting their succession management plans in order, so to speak.

They have since implemented what is referred to as a “core competency framework.”  Their succession management plan is a relevant, integrated machine that is reviewed annually by all key managers. Employees are encouraged to take an active role in their own career potential and growth. Those likely to move up should a vacancy arise are also trained and developed ahead of time (sometimes referred to as “stretching”). This process can include team building and mentoring programs.

The Time to Act is Now

Succession management isn’t just a good idea. It’s an essential best practice that leaders in the chemical industry must adopt. With the current red-hot job market, you’re likely to face attrition that’s well-above industry norms—even CEO’s are turning over at record levels in 2007.

Succession management will not only give you a solid game plan for managing attrition—and reducing knowledge loss—but it will also provide your star players with concrete career plans that will dramatically aid in employee retention. If your organization has not already adopted a strong system for succession management, the time to act is now—before your top talent jumps ship.