Recruiting essential (and hard-to-find) world-class management talent is expensive. With a known failure rate of almost half of all hires, reducing that risk must be a high priority.

It’s a commonly reported statistic that nearly 50 percent of newly recruited leaders in established markets fail in the first eighteen months; this trend is very often exacerbated in cross-border, cross-culture appointments. The true cost of these failures ranges from the financial (ten to fifteen times compensation package) to the emotional (damage to corporate leadership, employee morale and commitment). Assuming a six-figure talent pool, costs can easily approach an average of US$500,000 per candidate.

Recruiting new leadership in emerging markets is even more expensive and more time consuming than in established markets. The cost of failure in emerging markets is even higher than in established markets – but it is not as easy to measure, due to opportunity costs and market share losses to a competitor. A conservative estimate is two to three times payroll cost, including half of the salary in return moving costs, half of salary in selection costs, half of salary in retaining and retooling, and one times salary in opportunity costs.

For filling key positions outside the US, finding a local national has now become the first choice of many leading corporations. Yet, the increasing shortage of highly skilled, ‘cross-culture talent’, combined with the high turover rates (of fast developing, competitive markets) are creating challenges in leadership recruitment. As executives retire, and experienced cross-cultural business leaders move on to new challenges, the available talent pool has diminished significantly. It will be a long-term challenge to build this base back to acceptable levels.

"
The flow of talented professionals to China in the last decade, and the anticipated return to a strong global position in Mexico, exacerbates leadership challenges, particularly in the US, Brazil and Mexico."  - Fortune 500 company

In North America, it’s very attractive for companies to hire candidates with true multi-national experience. Living abroad, versus just doing business internationally, is more likely to assure a candidate truly understands the global nuances that can often be a factor in doing business globally. However, companies often regard expatriate assigments as a calculated risk. With a known failure rate of almost half of all hires, the exceptions are usually reserved for essential – and expensive – world-class management talent. Therefore, reducing that risk is a high priority.

Moving into a new leadership position is recognized as a tough challenge; doing so in an international market is an exceptional challenge. As emerging markets develop, the demand for top-level talent will increase. In order to compete on a global level, and capture essential market share, companies will have to find ways to ensure long-term retention of their top-level, cross-border, cross-cultural hires. And do so in an ever-escalating talent war.

Global expansion will increase the demand on the relatively small talent pool that would approach international work the right way – as a way to improve as a person and as a leader.
However, talent selection tends to focus on global functional standards, and the emerging shift to cross-border/ cross-regional capability is often overlooked. The reduced supply of potential leaders willing to take foreign assignments is also an increasingly important factor – and under-realized.

Given the shortage of senior-level executives in Latin America, the expectations of Generation Y professionals will also lead to interesting recruitment challenges.

Most companies remain with management practices and cultures stuck in the industrial age. This is especially true for commercial and industrial companies. Once the momentum picks up towards the Knowledge Worker Age, companies will be forced to acclimate to the demands of the Generation Y workers or they won’t be able to attract the caliber and intellect of people they need to compete and succeed.

The Client: Understanding (and Appreciating) the Differences

Cultural differences can easily create an environment for failure. Ignorance of cultural differences can lead to complicated challenges, interviewing disasters and a key position remaining unfilled. For example, staying calm when disaster hits is regarded as a key strength in Mexico and Puerto Rico; in the US, that attitude may be perceived as lacking a sense of urgency. This misunderstanding may lead to a failure to hire.

Candidates must be open to changing their style to get results – attitude is an important tool to success. Interview questions must be devised to measure this willingness. Internal recruiters should be certified in specific behavioral interview training techniques, culture cues and communication norms. Here are some pointers: 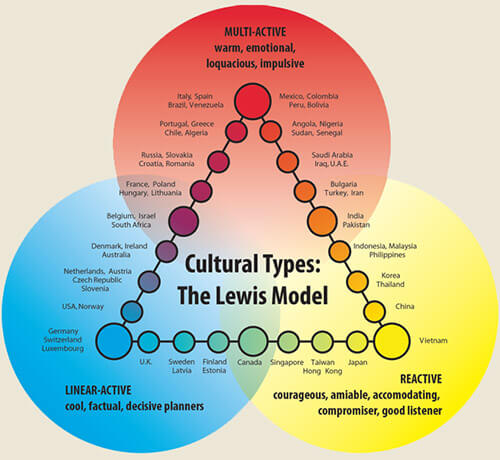 Cultural differences between US, Canadian and Latin American companies can lead to a leader’s disenchantment with the new country, and eventually with the company and the post. Education, understanding and awareness of these differences can reduce the risk of candidate dissatisfaction and unhappiness.

The Candidate and his/her family:
Understanding (and Appreciating) the Differences

Mitigating the 50 percent failure trend should include investing in leader preparation, focusing on accelerating team performance, explaining cultural expectations within the team and paying more attention to family-adaptation issues.

Next moves for the modern expatriate

"If globalisation is seen as inexorable then companies, to a greater or lesser extent, will need a globally mobile workforce tasked with administering their far-flung but rapidly growing operations. With demand stagnating in Western markets, the pressure to expand abroad in the search for revenue growth is intensifying, especially in emerging markets where the operating environment can be particularly challenging.  But getting the right people in the right place for the right length of time to execute that international strategy is no simple matter. It involves an array of considerations ... that can overwhelm the hardiest executives." An Economist Intelligence Unit report, sponsored by Regus

For the candidate’s family, a cross-country relocation in the US, Canada and Latin America can mean subtle, but deal-breaking differences. These can include: continuity of children’s educations, housing, social life, spouse career, eating habits, dress and clothing, even dating and socializing issues. For example: eye contact in Puerto Rico from a student to a teacher can be seen as disrespectful when the teacher is scolding the student (similar to Japan and many other countries). However, in North America, lack of eye contact is often seen as not being forthright. Cross-cultural training is key in helping families cope with these types of differences. 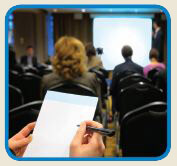 The Office and the Society:
Understanding (and Appreciating) the Differences

During a leadership training session, a coach used some scenes of the movie ‘300 of Sparta’. A trainee from Iraq was offended by the historic approach from the movie that, in his culture, is a lie. Such disastrous mistakes can be avoided with education and a better understanding of country and office culture.

Most global companies have more in common than they do differences. The communications nuances and biases go both ways, but a heightened mutual respect must be prevalent from inside the company. Mistrust often exists externally because of influences such as the media and the Internet.

The numbers:
$620,000 for a CEO in the manufacturing sector in San Paulo, and $243,000 for board directors, compared to New York’s $574,000 and $213,000 respectively. Companies surveyed are in the auto, steel, metal, minerals and construction industries, with between 1,000 and 15,000 employees. In the financial sector salaries can be higher, with additional bonuses up to 23 times a year. On the other hand, Brazil’s payroll taxes are among the world’s highest.  (All dollar amounts in US currency)

Stereotypes, ignorance, assumptions and general lack of cross-culture competencies can mean the right people may not always be given the opportunities they deserve.

Preparing the potential candidate – and the company   – about cultural and corporate differences takes experience   and local knowledge.

An exclusive global executive search boutique network, the IRC Global Executive Search Partners network has the experience of being globally connected and locally committed, with the local knowledge you need to ensure your next cross-country, cross-culture executive hire is a long-term, cost effective, and mutually satisfying hire.