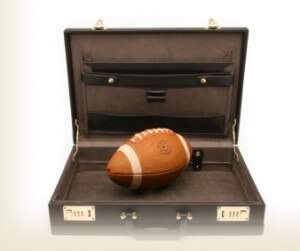 Finally, the end was in sight! After exhaustive screening, interviewing, assessment testing and referencing, no one doubted that Paul Moore was the best candidate for the R&D management position with ABC Chemicals. All that remained was the simple matter of the offer. Surely the opportunity to work for such a prestigious organization would be enough for Paul to sign on.

When Paul’s phone rang, it was Jeff Blacker, a tough, no-nonsense agent. Jeff was calling to negotiate Paul’s ABC Chemicals job offer, and he was ready to play hardball! Paul, however, felt he had played hard enough through the hiring process. There were better offers on the table – including one from ABC’s biggest competitor in the marketplace, XYZ Chemicals – and he didn’t need to waste any more of his time with ABC.

Sound far-fetched? After all, employees aren’t professional athletes or movie stars. But in today’s talent-starved market, an accomplished chemist or proven marketing director is just as valuable as a star quarterback. More importantly, they know their value; negotiating a job offer with such a promising candidate certainly isn’t what it once was. Back in the “good old days,” a prospective employee walked into the human resources office and there would be a compensation offer on the table—take it or leave it.

However, today’s professionals are much savvier—they recognize their value in the market and are unwilling to settle. They’re looking for more than a paycheck from their employers and are placing increasing value on quality of life issues in the workplace. These days, most candidates know that the terms of their employment are negotiable, because if you aren’t willing to pay what they’re worth, your competition will be.

Now, more than ever, a successful hire requires careful planning and tactful negotiating. And so, as a negotiator in search of top talent, you must anticipate demands and act firmly.

Do you need to hone your employment negotiating skills? Here are some guidelines to follow:

In many negotiations, it’s acceptable for one party to win at the expense of the other. But in an employment negotiation, both parties must feel like winners. Both employer and employee should feel energized by the agreement. If either party perceives that they were treated unfairly, an air of distrust may be created, and, ultimately, job performance could suffer as a result.

When discussing compensation, everything is on the table—salary, incentives, benefits, prerequisites and even opportunities for professional development and career advancement. To get the best deal for both parties, keep all your options open.

Ask Questions, Then Listen Up

If you know something about a candidate’s background and what his or her needs are, you can tailor your offer even before you begin negotiations. By asking the right questions, you drive toward the best destination. With proper inquiry, the candidate will tell you what they want and need to make an acceptance worth their while. Explore opportunities as they are presented. Just keep your ears—and mind—open. The best way to maximize the pie is to recognize what the other party values most. 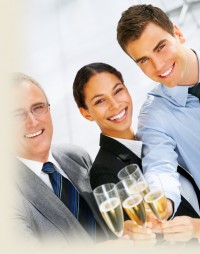 How Far Can You Go?

Find out in advance what is within your discretion to sweeten the deal. Can you grant sign-on bonuses, and if so, how much? How about covering relocation costs? Can you offer more vacation time as an enticement or an early performance review that could result in a quick pay raise? Know the answers to these questions prior to sitting down at the bargaining table.

Non-economic issues carry immense weight today’s job marketplace. A recruit may not be as interested in compensation as in “quality of life” benefits. Therefore, you may need to think outside of the paycheck. Be prepared to offer incentives such as flextime, childcare or perhaps telecommuting. Conversely, you may appeal to another candidate by offering more responsibility within the company.

Prepare your salary offer and rehearse its presentation. This includes knowing how high you are willing to go and what concessions you are willing to make. Once those parameters are breached, you know you’ve reached your walk-away point.

You can set boundaries for negotiation by including a salary range based on experience in recruiting ads. While this automatically sets parameters for the salary, it doesn’t curtail bargaining on “quality of life” issues.

A positive opening statement from you builds trust and goodwill with the potential new hire. Make candidates feel wanted; let them know you can be trusted. This will help overcome the traditional adversarial stance that many negotiators assume.

Note that speaking first is not enough if you are going to open with an offer that the candidate may find insulting. These sorts of low-ball offers are a surefire way to get the candidate to walk away from the deal without negotiation.

As you reach agreements on terms of employment, put them in writing to avoid backtracking later in the process. If an agreement is on paper, neither party will have grounds to contest it.

Occasionally, friction or even disagreement can occur between you and the prospective candidate, but never allow yourself to get emotional. It’s better to excuse yourself from the table for a few moments than to get hostile and alienate a potential employee.

Again, playing “hardball” with a recruit won’t leave a positive impression, either. The conversation may continue, but open communication will have ceased. If you allow the negotiations to take a negative turn, you may cause irreparable damage to your new employee’s morale before the candidate even begins the job. Even worse, you may drive away a potentially valuable team member.

When negotiating, focus on the issues, not the person. If you’ve come as far as making a job offer and you reach an impasse in negotiations, separate the person from the problem. You’ve already placed some value on this person, so put yourself in the recruit’s chair. Take a step back and ascertain why the candidate is taking an adversarial position. The sticking point must be important to this person. Take it upon yourself to keep the negotiation from centering on one divisive issue.

It helps if you can get to the heart of an issue. Why does a candidate feel she requires 21 days’ vacation instead of your standard 14? Maybe it’s because she has kids who play sports, and she wants to be able to attend all of their games; if so, offering flextime as an alternative to extended paid time off might help get the negotiation back on track.

Don’t always make a concession the moment that you recognize you can. Your concession could be construed as a sign of weakness. Instead, work the concession into the deal at a later point so you’re not seen as a pushover..

American Pickers is a series on the History channel which follows two ‘pickers’ who “travel the country in search of rare artifacts and national treasures that they can buy from the collectors they visit and then sell in their antiques shops or, in some cases, put in their personal collections.” The stars of the show, Mike and Frank, are absolute masters of negotiation who have perfected the art of try, try again. Sometimes, they will come across an object that they really want, but the potential seller isn’t willing to come down to their maximum price point. When negotiations over one object reach a stalemate, they move on to the rest of the collection. Inevitably, they will find something they know they can make a deal on – and at that point, they will go in for the “bundle”.

Perhaps there is an old sign that the pickers really want. They don’t think they can spend more than $200 on it and still make money, but the seller isn’t willing to go any lower than $250. They shelve the item for the time being and move on, eventually coming across a toy from the 1950s that the seller wants $75 for. Based on negotiations so far, the pickers know they could probably haggle it down to $50. Instead, they propose purchasing the sign and the toy together for a total of $265. It’s still more than the seller would have gotten for selling the items at $200 and $50, but less than the pickers would have paid at $250 and $50 so it becomes a win-win for everyone.

When you reach a potential impasse, try a different approach rather than continuing to tackle the issue head-on. If the salary you are offering does not meet the candidate’s expressed requirements, try offering non-cash incentives or the opportunity for an early review.

Perhaps the candidate’s current compensation is a base salary of $150,000 with a bonus of 10%, and they are unwilling to settle for a base salary lower than they are currently making. You, however, cannot authorize paying out a base of more than $130,000. You initially expected to settle on a bonus of 25% for this position but are authorized to offer a bonus of up to 40%. By “bundling” the lower salary with a bonus of 35%, the total compensation package would come out to $175,500 – more than a $10,000 raise on the candidate’s current total comp, but still $7,500 below the absolute most you were willing to pay.

Even after you’ve reached an acceptable agreement, allow time to reflect and review all the terms of the deal—you may just find a few ways to improve the final agreement for both parties.

This Isn’t a Game

Don’t expect to win every issue. A negotiation is a series of give-and-take agreements that benefit both parties. Never lose focus of the fact that an employment negotiation must remain win-win—a better deal means a better deal for all involved.