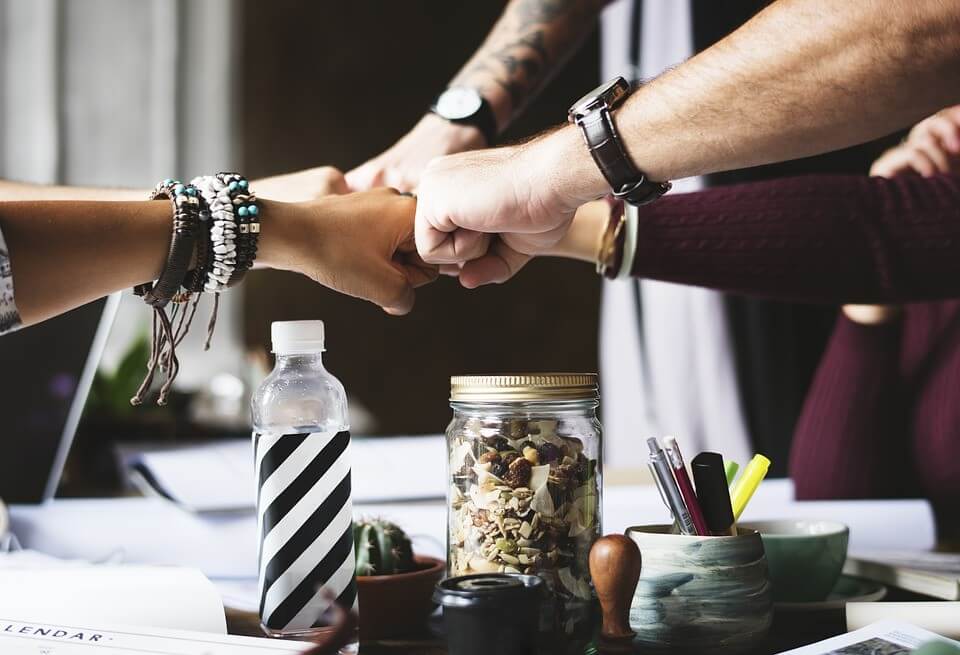 The outlook was good for Vice President of Sales, Jim Smith. He had an engaged team who truly loved the thrill of chasing the sale. All it would take was a little extra push in the fourth quarter for the team to secure a record-breaking year, so Jim decided to offer his employees an extra incentive: whoever had the most sales at the end of each week would earn a crisp $100 bill, straight from Jim’s own pocket. This incentive, he knew, would cost him nothing – the bonus he would get for breaking the record would far exceed the $1,300 he would dish out. Indeed, the results outdid Jim’s wildest hopes. The department posted its highest-ever quarterly earnings, with sales twice what they had been in the previous quarter.

As the team returned for the new year, however, there was a palpable shift in the atmosphere. The energy in the office felt different. The sales team no longer seemed excited about pursuing difficult leads. Rather than coming in early and staying late, they arrived and left right on time.

Everyone is motivated by different things – and getting to the root of those motivations is generally more difficult than simply asking. We often look first to financial rewards, but that is not always the best solution – and in some cases, it can actually be detrimental. For some employees, the strongest motivator is a sense of accomplishing something meaningful; meanwhile, others are fueled by a sense of stability and belonging. Coming up with one plan that will positively impact your entire workforce can seem like an impossible task. However, the following five secrets to unlocking motivation will help you improve your communication with your staff, align employees with the company’s vision, and maximize your bottom line.

When my sons were younger, they loved to play in the backyard. Being in the South, though, that often meant accidentally stepping in a fire ant hill. I cannot tell you how many hours we spent applying anti-itch cream to individual bug bites in order to alleviate the discomfort. Then, when I was at the store one day, I saw a product that exterminates fire ant colonies; that’s when it dawned on me that I had been approaching my problem from the wrong angle – I was addressing a multitude of problems after they arose, rather than affecting the environment in a way that would prevent the problems from occurring in the first place.

Because everyone has different underlying motivations, boosting employee motivation often requires a broad view. You can spend your days running around in circles, trying to appeal to each employee’s preferences, but you’ll wind up just like I was after treating individual fire ant bites – exhausted, and with little to show for your efforts. By developing a motivating working environment, however, you can forego many of the challenges raised in trying to cater to each person’s individual drivers. Here are a couple of changes you can make to improve the motivational qualities of your work environment:

Maslow’s Hierarchy of Needs is a great resource to consider when figuring out how best to motivate employees. By figuring out where employees fall in having their needs met, you can brainstorm ways to move them up the pyramid.

At the lowest level are Physiological needs – food, water, shelter, etc. If an employee don’t make a living wage – if they aren’t able to afford a healthy diet, for example – then any other initiatives to increase motivation are likely to fail. The next level is Safety and Security; employees want to feel secure in their position; if they are constantly worried about being terminated, it will be hard for them to devote themselves fully to their job. Employees stuck at these two levels generally have one of two workplace mindsets: Job Mindset or Career Mindset.

From there, we move on to employees with a Purpose Mindset. The first stage of this category is a need for Belonging. Simply put, they want to feel like a part of the team. They want basic acceptance. The next step up the hierarchy is Esteem, both self-esteem and the esteem of others. Finally, once employees know they have earned this respect, they can move into Self-Actualization. This is the stage when we can finally focus on learning and growth, a sense of greater purpose.

Not everyone follows the hierarchy in perfect order, and our level can fluctuate alongside our life circumstances. However, if you make an effort to meet your employees where they are, you will be well on your way to motivational success.

According to motivational psychology, there are two primary sources of motivation: internal and external. Internal motivation comes from factors within ourselves, such as a personal drive for success. External motivation, on the other hand, comes from outside factors, such as increased compensation or avoiding a poor performance review.

Generally speaking, internal motivation is a stronger, longer-lasting force. It is also more resistant to decay. Confidence, success and passion are all important components of internal motivation. Employees today no longer look at their job as simply a way to make money; they want to feel fulfilled by what they do, to make a difference in the world. Not everyone can find a cure for cancer or put a man on Mars, but you can help your employees uncover their drive. Get people involved; let them volunteer for projects or head committees. If possible, offer continuing education and training in areas that will help take your staff to the next level. By helping people improve themselves, you will be giving them an internal sense of self-worth and purpose. This, in turn, will trigger a new source of motivation and will help your staff develop into a group of confident top producers.

Although internal motivation is typically preferable, sometimes external motivation will be the best option. This is especially true for tasks that are not inherently enjoyable. There will always be pieces of a job that an employee doesn’t enjoy doing, and this is where external motivation comes in. Find ways to reward employees for completing more menial tasks.

Beware the trap of thinking “Once I have rewarded specific behaviors enough, those behaviors will become habits, and employees will do them without the reward in place.” This could not be further from the truth. Remember Jim Smith and his sales team? By introducing the reward system, Jim shifted employee motivation from internal (the thrill of chasing the sale) to external (the weekly cash bonus).  Then, when he removed that external motivation, he found that the internal motivation had disappeared with it. There are two morals here: If it isn’t broken, don’t fix it; and if you intend to institute a reward program of any sort, make sure you can commit for the long-haul.

We often look first to financial rewards, but that’s not always the best solution; don’t overlook the benefits of good old-fashion recognition and genuine appreciation. When applied properly, praise is one form of external motivation that can actually boost internal motivation, rather than hindering it. The key is in the execution; praise must be sincere, well-earned, and phrased in such a way as to boost employee self-confidence. One particularly effective trick is to focus on the processes used to achieve something – rather than praising inherent ability, focus on strategies and effort(i.e. factors that employees have control over).

Have you ever been on a team with someone who was “lazy”? If so, you likely already know that one bad apple really can spoil the bunch. When even one employee is not pulling their weight, it tells the rest of the group that they can ease up on the reins, as well. “Why should I give my all when John Doe spends half of his day browsing Facebook or staring into space?” Negativity is another deadly poison to employee morale. When even one employee is tainting the conversation with negativity, it affects the mood – and productivity – of the entire team: “the effect of one de-energizing tie is four to seven times greater than the effect of a positive or energizing tie.” Even worse, “High performers with an above-average number of de-energizing ties were 13 times more likely to leave than low and average performers with an equivalent number of de-energizing ties.”

It is better to have a handful of A-players than a room full of C-players. Those A-players will feed off of one another’s energy, pushing one another to perform better every day. Generally speaking, top performers produce 400% more than other employees; if you can fill your team with these high producers, the potential ROI becomes even greater.