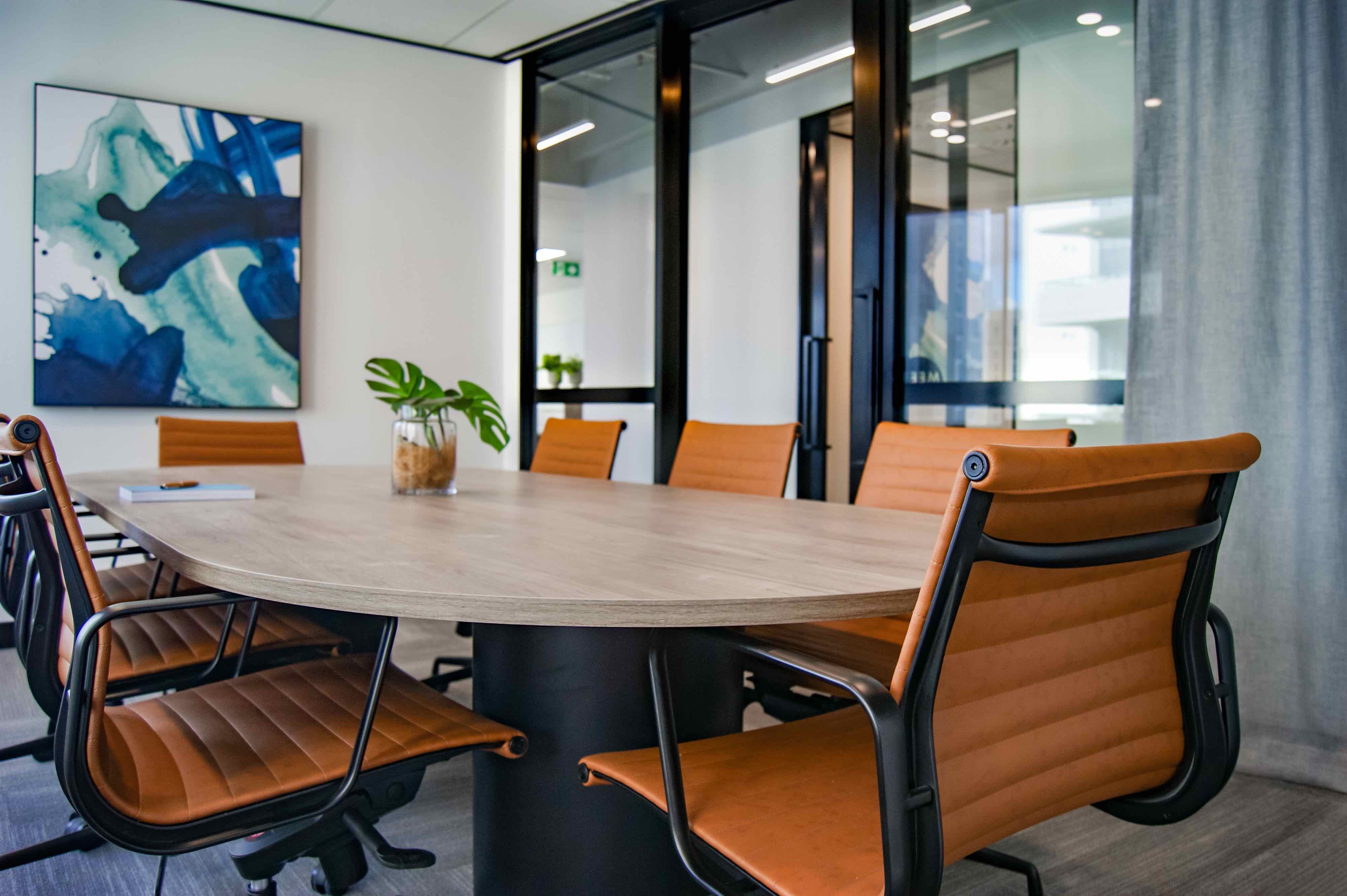 In scientific circles, DNA is short for deoxyribonucleic acid. It is the essential component of life, carrying the genetic information that dictates the organization and function of living cells. It is the blueprint that determines who we are. From physical and personality traits to criminal convictions, DNA is a powerful aspect of our lives.

Every company – whether great, mediocre, or lousy – has its own unique DNA, an overarching culture that dictates the organization and function of the workplace. Culture, when applied properly, can predispose your company to greatness, much as Michael Jordan was genetically predisposed to athleticism or Stephen Hawking was predisposed to genius intelligence. A toxic culture, on the other hand, will make every day an uphill climb, as with any number of inherited diseases.

How can you harness the power of culture to boost your competitive advantage, attract and retain the best talent, and increase productivity and morale? It’s as simple as D.N.A.

As of yet, we don’t have the ability to select a person’s DNA profile. The workplace DNA, however, is very much in our control. Your company does have its own unique culture, whether you have defined one or not; it is to your advantage as a leader to guide its expression.

To define your company culture, you first need to define what is important to your organization. Those old standbys, mission and vision, are an important driver of culture. Google has a list of “Ten things we know to be true.” Their beliefs include “It’s best to do one thing really, really well,” “You can make money without doing evil,” and “You can be serious without a suit.” (More on Google later.) For Southwest Airlines – which consistently ranks among Glassdoor’s Best Places to Work – their defined Purpose is to “Connect people to what’s important in their lives through friendly, reliable, low-cost air travel.” Their Vision is “To become the World’s Most Loved, Most Flown, and Most Profitable Airline.”

Next, ask yourself what kind of employee will best drive your mission and vision. This doesn’t mean hard qualifications – advanced degrees and certifications don’t build culture. Rather, your team’s attitudes, traits, dispositions, motivations, interests, and commitments contribute to success. Southwest has three general values that they admire in their employees, which they call “Living the Southwest Way”: Warrior Spirit, Servant’s Heart, and Fun-LUVing Attitude. From striving for greatness to treating others with respect to not taking yourself too seriously, you can see exactly how Living the Southwest Way is connected to Southwest’s Purpose and Vision.

Former Senior Vice President of People and Leadership Development Dave Ridley describes Southwest’s culture in this way: “The only way to consistently deliver remarkable service on the front line is if your people are being treated in a manner that reflects how you want them to treat the external customer. Southwest considers its employees as internal customers – and their well-being is valued equally or even more than the external customer. We want to create an environment where our people enjoy where they work, who they work with, and who they work for… Their positive experience working for Southwest makes it much easier for them to want to give our passengers a positive experience.”

NURTURE Your Ideals within Your Employees

Once you have determined what you want your corporate culture to look like, it’s time to nurture it. Like any other living, breathing thing, culture will often develop a mind of its own – in its infancy it needs a lot of attention simply to survive, but that doesn’t mean you can step away once it’s developed a little self-sufficiency. Even as it begins to stand on its own, however, there are plenty of dangers that still lurk in the shadows.

One related misconception about company culture is that it is necessarily defined from the top down. Ideally, leaders define what they would like the culture to look like, but it is important to note, that leaders do not always have direct control over the ways in which culture is ultimately expressed. Returning to our DNA analogy, Michael Jordan and Stephen Hawking had to work hard to fully express the potential that lay in their genes. Similarly, it will ultimately be up to your employees to realize the full potential of your workplace DNA.

Our genes dictate what we can become, but it is ultimately our choices that determine what we do become. It comes down to the age-old Nature versus Nurture argument: you need both genetics and environment to get the whole picture. In the workplace, you need both the cultural ideals and the right people to carry out that vision if you want to achieve great success.

It is easy to say that you want your employees to Live the Southwest Way; it’s much harder to cultivate the type of talent that displays those characteristics on a daily basis.

The best way to ensure you are hiring talent that is going to be a good cultural fit is to hold behavior-based interviews. That doesn’t mean inane brain teasers designed to test creative thinking, like “You are shrunk to the height of a nickel and your mass is proportionally reduced so as to maintain your original density. You are then thrown into an empty glass blender. The blades will start moving in 60 seconds. What do you do?” (Note: Although Google used to ask questions like these, they have since abandoned the practice because it simply wasn’t effective.) Rather, behavior-based interviews focus on questions that elicit specific examples of past behavior. “In what ways have you demonstrated creativity in your current position?” “Tell me about a time when you had a miscommunication with a team member or client. How did you resolve this communication breakdown?” “What is the most difficult decision you have had to make? How did you arrive at that decision? What was the result of your decision?”

Google is a great example of a company that has really nurtured its cultural ideals. They have inadvertently defined what culture looks like not just at the Googleplex, but at companies all through Silicon Valley. Google has certainly had great success with its model; for six years and counting, they have topped Fortune’s list of Best Places to Work, and they receive millions of job applications every year. So many other tech companies have tried to mimic their success that the idea of an internet startup office filled with foosball tables and nap pods has become a cliche.

We’d like to let you in on a little secret: Google’s cultural success is not about any of those things. It’s not about the free meals prepared by world-class chefs or the afternoon volleyball games. Instead, it’s about a deep respect for their employees; the perks are simply Google’s way of showing that they value the hard work their employees put in, and of supporting a healthy work-life balance even when employees have to put in long hours. They nurture their ideals by seeing them through day-in and day-out.

Not all work environments are going to lend themselves to “fun-LUVing” attitudes and afternoon volleyball games, though, and work culture is not one-size-fits-all. In a pharmaceutical lab, for example, scientists must take their work seriously at all times. Frivolity and process experimentation must necessarily give way to keen attention to detail and professionalism. One is not better than the other; the key is simply in finding what works best for you and your organization.

At Pepsi in New Zealand and Australia, the CEO encourages employees to “leave loudly”. His reasoning is that when leadership makes a show of leaving early to pick their kids up for school, for example, it communicates to lower-level employees that they are welcome to do the same. “I’d like you to be a hero at work, but I want you to be a hero at home. If you’re only a hero at work, you’re only doing half the job.” Given this philosophy, do you think Pepsi would benefit from offering employees three free gourmet meals a day? Probably not; inherent in the offer is the assumption that employees are (at least occasionally) likely to be in the office for breakfast, lunch, and dinner. Google knows that its employees are going to be putting in long hours – the tech industry is filled with younger employees fresh out of college and ready to build a name for themselves who don’t yet have many family obligations, and, of course, the tech industry never sleeps. The environment at Pepsi is neither better nor worse, it’s just different.

ASSESS Your Progress and ADJUST Accordingly

Another thing that Google does right is assessing and adjusting its efforts. From Project Oxygen, which studied what makes a great leader, to Project Aristotle, which studied team dynamics, Google is always measuring what works best in the workplace – then they follow through, doubling down on what works and changing what doesn’t.

At its heart, Google is a data company, so perhaps it comes as no surprise that they study the analytics behind every aspect of their culture, from the way people respond to the color painted on the walls (apparently purple got a negative response), to the ideal length of time to stand in a lunch line (three to four minutes allows the optimum opportunity to meet someone new, without wasting time just standing around). When they noticed through their analytics that their free food policy (unlimited snacks in addition to three gourmet meals a day) was causing employees to gain weight, they adjusted their practices to promote more healthy eating – color-coding foods by healthiness and reducing portion sizes. Even those infamous nap pods are backed by data: a short power nap is shown to add significant boosts to creativity and productiveness.

You certainly don’t need to go to those lengths, but you should be continually informally assessing your current culture. And sometimes, when things aren’t going the way you had hoped, you may need to do some adjusting. That could be a staff meeting, team-building exercises, or fine-tuning your policies and hiring processes.

Do a DNA Test

Now, I suggest you conduct a “DNA test” on your workplace. What values does the company espouse? Do your current business and hiring practices support these values? Are your employees happy in the current work environment, and are they positively contributing to its continued development? What are your cultural strengths? And in what areas would most benefit from improvement?

What does your workplace DNA look like? Let us know in the comments, then share this article with your network of culturally-savvy (or not-so-savvy) executives.